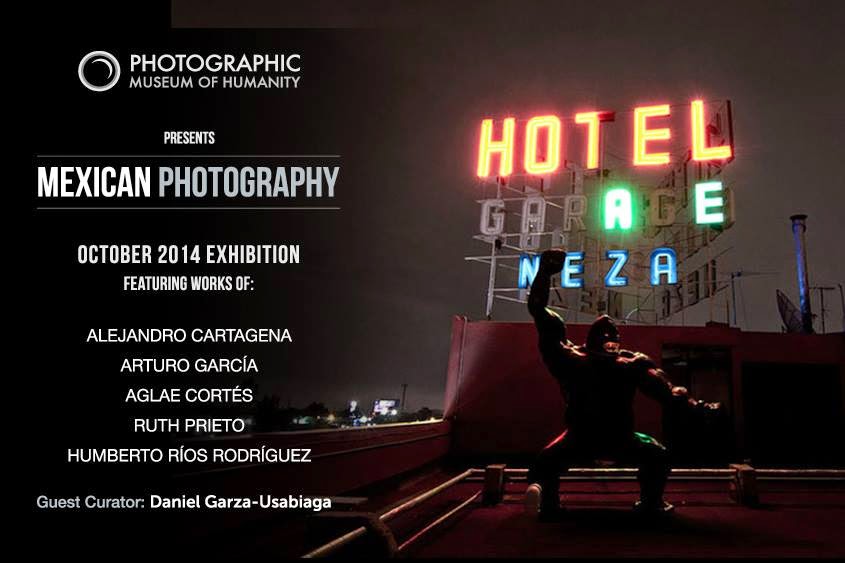 "At least for the last eight decades, photography in Mexico has had an active role in various diffusion and discussion spaces on the medium in an international basis. Cases such as Manuel Alvarez Bravo and Tina Modotti are a proof of this. I do not think the situation is different now. The work of artists like Graciela Iturbide, Daniela Rossell, Iñaki Bonillas, Gabriel de la Mora and Alex Dorfsman are a confirmation of the relevance of a photography production - or around photography - developed in Mexico but in the context of a worldwide contemporary art scene.

Aglae Cortes, Arturo García Trinidad and Humberto Ríos are three young artists. I had the opportunity to get to know their a few years ago when they were still young and the quality of their proposals caught my attention. In all three photography is the final result of ongoing investigations.

In Aglae Cortes' case, I find her formal investigation very interesting. It could be related to portraiture, landscape and object photography. Without digitally intervening the images, her photographs focus on construction, debris or body postures that result in elusive compositions for its better understanding.

The tradition of documentary photography is very strong in Mexico. I see the work of Arturo García Trinidad in this line. His photographs document Neza's night cityscape, using the artificial light of different spaces. I think since the eighties, and taking Joel Meyerowitz as reference, there has been kind of a formula in contemporary photography using a similar approach, in which the image lighting comes from an artificial source that dramatizes or emphasizes something, amid the gloom. Arturo García Trinidad's photographs of Neza, from my perspective, give a twist to this recurrent formula that has become kind of a cliché with "preciosistas" trends.

In various photographic series, Humberto Ríos has devoted to investigate the phenomenon of death; burial spaces, waste, mausoleums. In each of the series he has managed to scape from the typical clichés with which these issues are commonly approached; especially in a country like Mexico. Moreover, in a formal and technical level, Humberto Ríos' photographs are outstanding in their experimentation with lighting; or actually, the lack of it. This notion can be seen in his series Vestigios (2010-2011)."

Daniel Garza-Usabiaga is the invited curator of this exhibition.

Garza-Usabiaga is the Curator of Visual Arts at the Museo Universitario del Chopo, in Mexico City